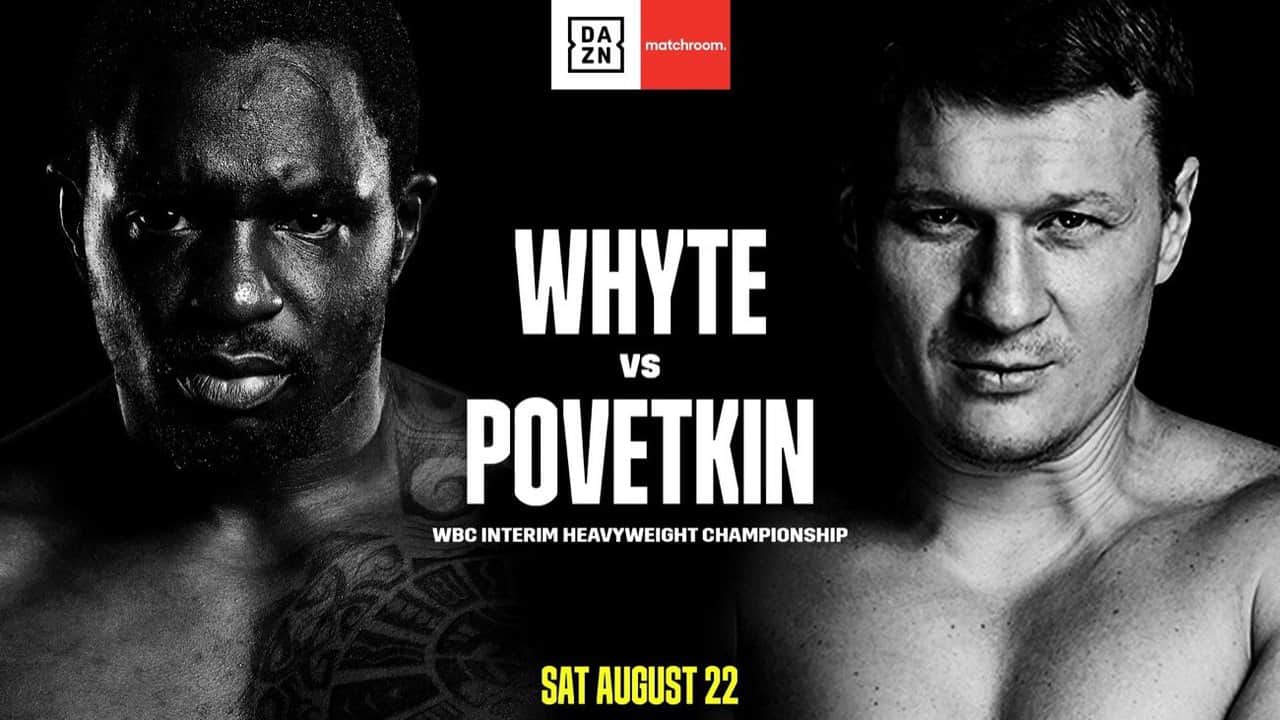 Here’s a complete guide to the big event:

In the U.K., the Whyte vs. Povetkin fight is on Sky Sports Box Office.

The fight is available on DAZN in the U.S., along with the following markets: Canada, Brazil, Germany, Austria, Switzerland, Italy, Spain and Japan. In addition to those countries, select beta testers worldwide are able to watch the fight ahead of the upcoming global roll-out of the service.

DAZN can be streamed on a variety of platforms, including Roku, Apple TV, Amazon Fire TV, Google Chromecast, iOS, Android, Xbox One, Playstation 4 and Playstation 3, as well as Chrome, Firefox, Internet Explorer and Safari browsers via DAZN.com.

Pricing options for DAZN vary globally. For current subscribers, the fight is already included as part of your plan.